"Station 9 was one of two stations built in 1910, for the Kansas City Kansas Fire Dept. Station 8 was built the same year. Station 9 was a three-story yellow brick building, with a two-bay garage and was built at 14th Street and Reynolds Avenue. Station 8 and 9 were both designed by Architect W. E. Harris, and they were designed with the idea to stand out among the surrounding buildings because of the architecture. The yellow brick was only used on the city's most important buildings; schools, libraries, etc. The gargoyles that were added to the design were based off the same idea of the gargoyles used on buildings like the Cathedral of Notre Dame in Paris, France. Every aspect of this building was to be a work of art. Station 9 served the historic Prescott area of Kansas City until 1967 when the city closed this station and moved to 11th Street and Central Avenue where it continues to serve the area. The new station is a single-story building with a basement that is accessed from 10th Street. 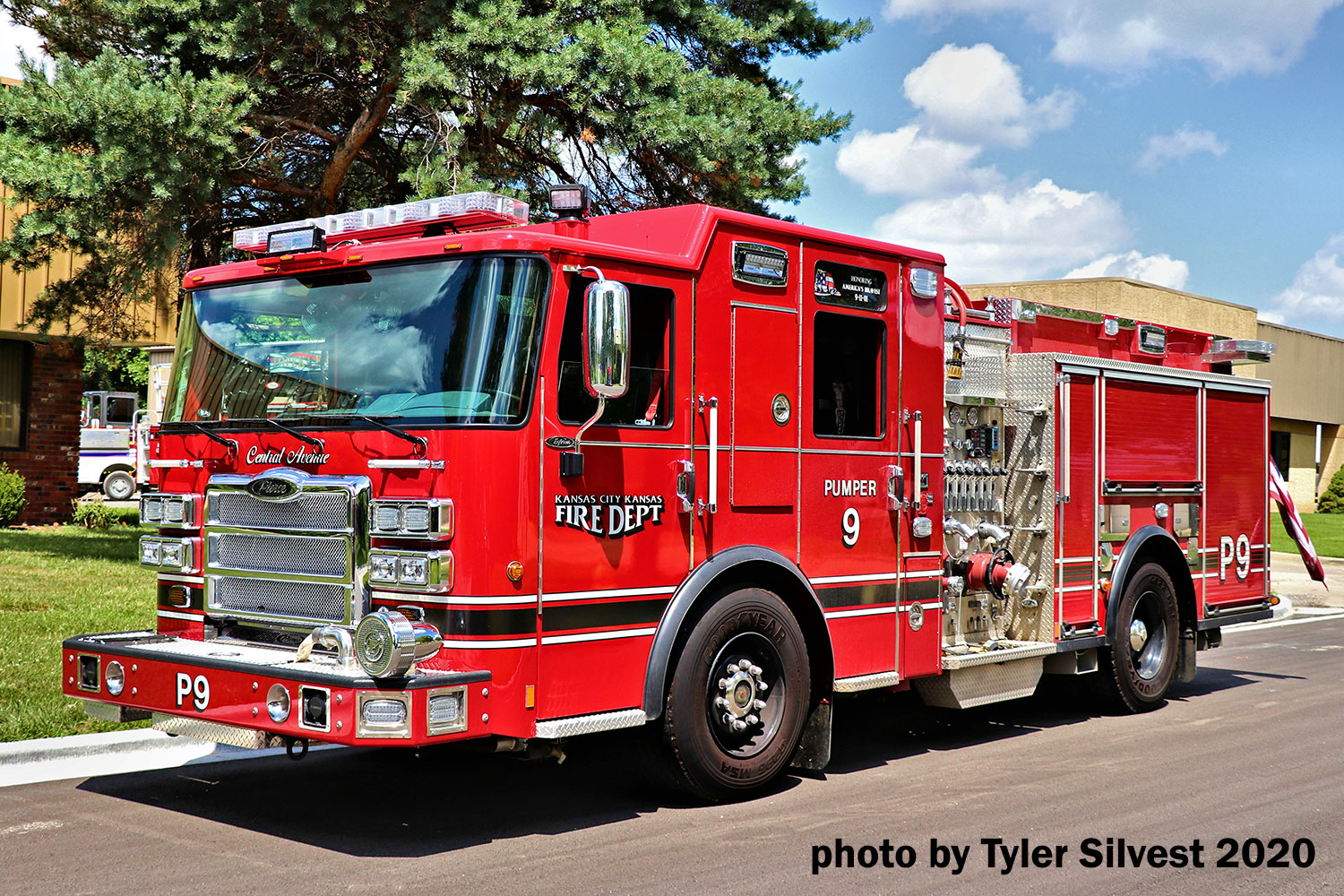 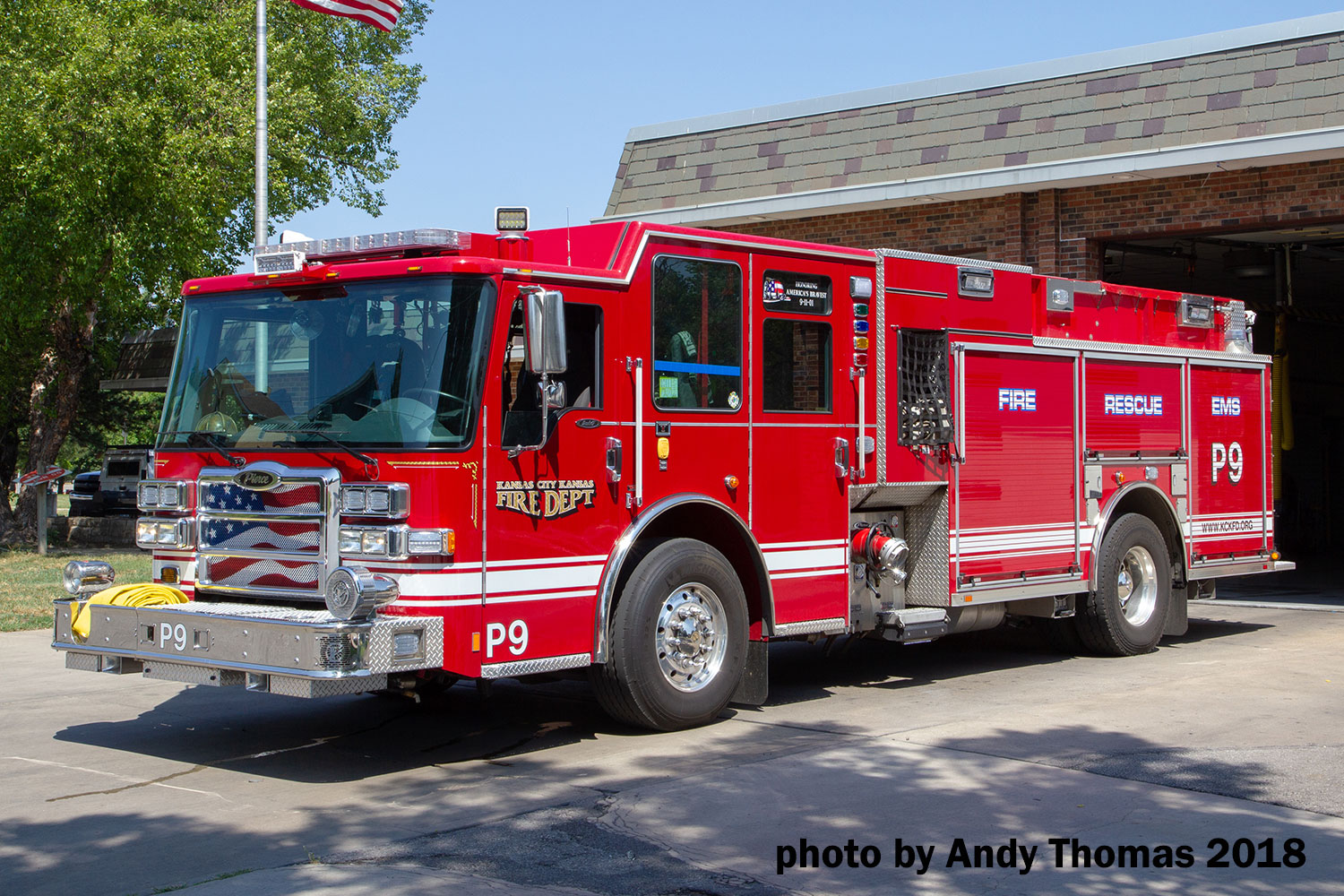