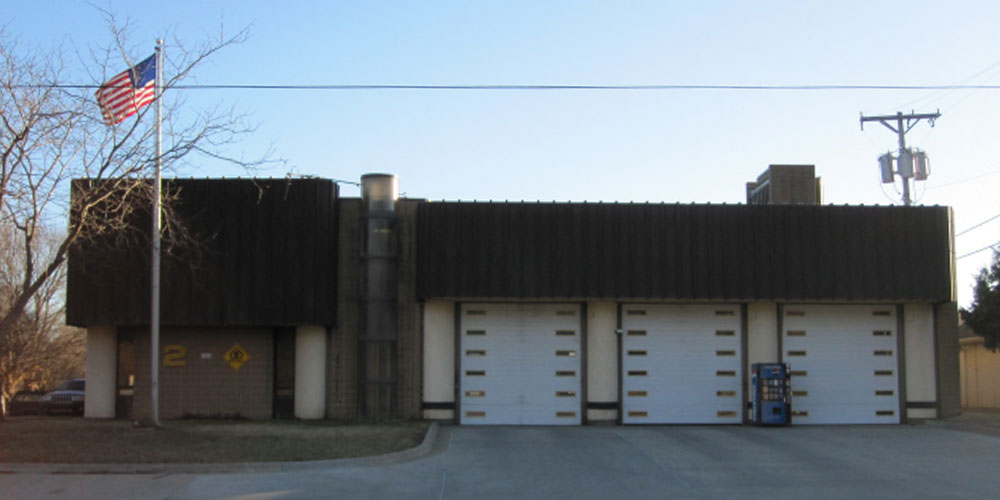 "Station 2 has a history that goes all the way back to the almost the beginning of fire services in Kansas.  Original Kansas City, Kansas was established in 1872 and was in an area known as the French Quarters or better known today as the West Bottoms.

It wasn't until 1882 that Kansas City, KS built their City Hall at the corner of James St and Lyons Ave.  This year was when the first Full Time fire department was ever established in Wyandotte County.  This fire department ran a true full-time department.  The was only one shift, firefighters were on duty for 24 hrs a day, 7 days a week, 365 days a year.

In 1886, Kansas City, KS consolidated with the cities of Armourdale and Wyandotte (and the cities of Riverview and Armstrong but they were annexed by Wyandotte a few years before).  The cities were struggling to decide what to call the new consolidated city.  Some wanted to Wyandotte because they were the largest city being brought into this consolidation.  Some wanted Kansas City in order stay connected to the neighboring Kansas City, Missouri.  It was finally decided by then Governor John Martin to keep the name Kansas City, KS.  He agreed that we needed to stay connected with the neighboring city and thought that this would be a good way to get people to settle in Kansas instead of Missouri.

With the cities now consolidated, the fire department worked to number the stations in the city.  Since all the city hall personnel stayed in the original Kansas City, KS (James St and Lyons Ave.), it was decided to make that Fire Headquarters and to make the fire station at 6th and Ann Ave. station number 2. All the city hall personnel, as well as the police department, moved into the building at 6th and Ann Ave, by 1888.  It was a few years later, in 1890, that the Fire Department moved their Headquarters operations to that building.  That same year, the numbering of the stations was switched and new fire headquarters was at 6th and Ann Ave. and the station at James St and Lyons Ave. became station 2.

In 1901, the fire department moves into a new station at James and Reynolds Ave.  The fire dept. stays in this building until 1951 when they move into their station at James St and Central Ave.  This station was one of the three new stations that had to be abandoned during the 1951 flood, right after it was put into service.  The station at James St and Central Ave. was in service until 1976 when the station was shut down by the city after serving the original French Quarters of Kansas City, KS for 94 years.  Two years later, in 1978, the city opens a new station at N. 62nd Place and State Ave. and numbers this new station, KCKFD's Station #2."
- Provided by Historical Society of the Kansas City Kansas Fire Department 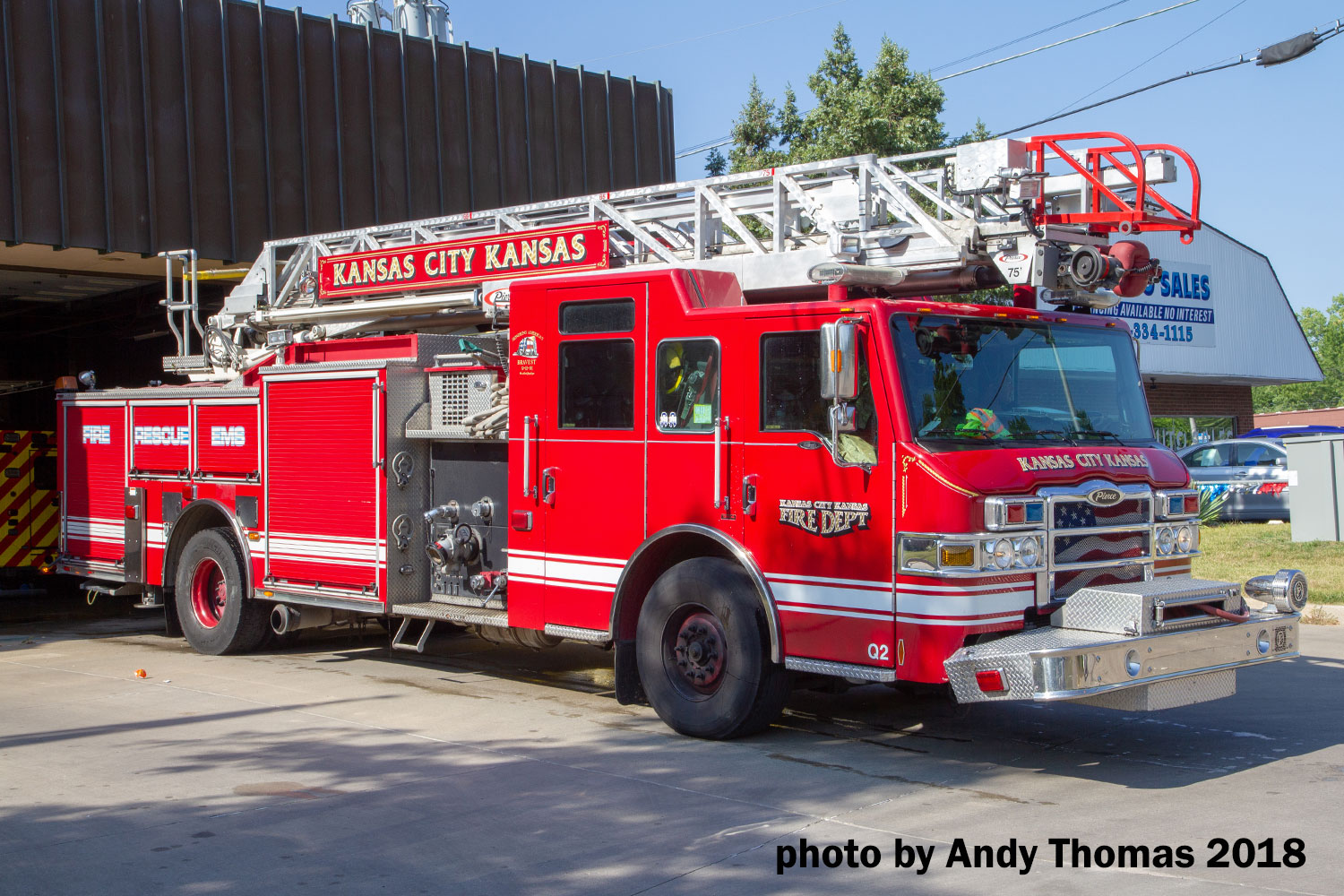 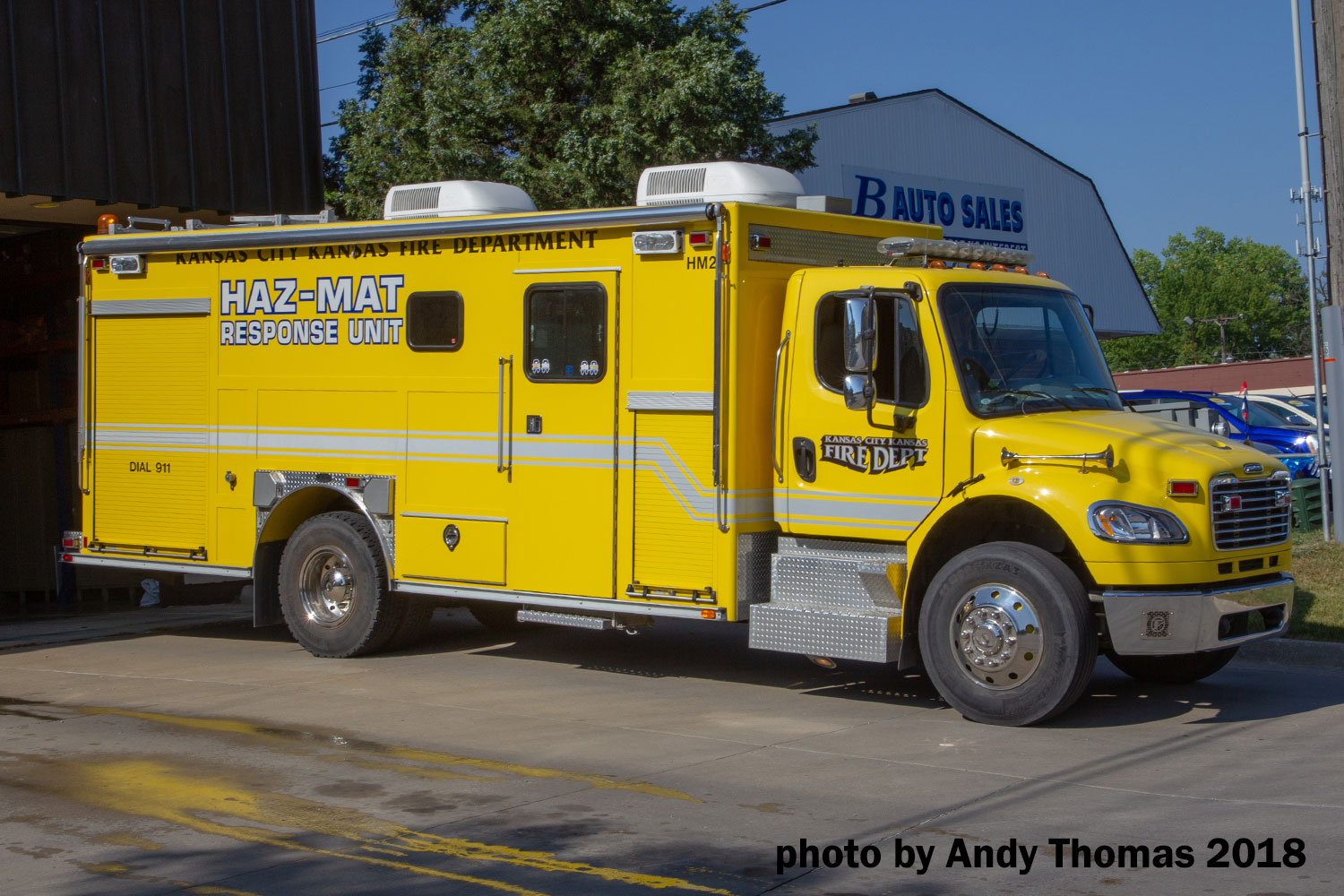