"The beginning of the fire service in Wyandotte County starts with Ordinance No. 319, the Firefighter's Relief Act being passed on May 1, 1880.  This Act allowed for cities to tax their citizens and businesses to give the city of Wyandotte the funds needed to start its volunteer fire department.  On Dec. 25, 1883, the city of Wyandotte began their full time fire department.  (It is unknown, to the Historical Society, where the fire apparatus was stored prior to moving into the "Market Building" in 1886.)

The city of Wyandotte was growing rapidly and Wyandotte began to annex other cities around it starting in 1881 with the annexation of Riverview.  Followed by the annexation of Armstrong in 1882.  The 1886 consolidation established what we know as Kansas City, Ks.  That year, Wyandotte consolidated with Armourdale and Kansas City, Ks (In the West Bottoms/French Quarters).  Wyandotte citizens felt that the new consolidated cities should keep the name of Wyandotte because they were the economic drive in the deal.  In a way, it was similar to what was going on with the fire department.  The Wyandotte Fire Department laid the groundwork for the department that we know today, not old Kansas City, Ks in the French Quarters and their fire department.

Attached to the back of the Market Building was the fire department shop.  This shop would do everything from building the ladders to blacksmith the horseshoes for the horses.  There wasn't a store that you could buy these kind of materials at, so it all had to be made by hand.  In 1911, all of the city hall personnel and the police department moved out of this building and moved next door to the new city hall building.  This left the fire department in the Market Building all by themselves.

Beginning in 1925,the Fire Department Chief, at the time, Chief Orlander Lind begins to ask the city for a new headquarters building for the fire department.  The Market Building was starting to fall apart and the firefighters were not safe in their own station.  The Fire Department carpenters continuously tried to repair the station but were unsuccessful.   By 1927 it was standard practice for the firefighters to leave the sleeping quarters during storms for fear that the roof would collapse on them.  Chief Lind fought to get a new station built but the city wouldn't budge.  It wasn't until 1929 when the Market Building was condemned by the state fire marshal, that the city's hand was finally forced and a new headquarters was underway for the fire department.

The old Market Building was torn down and a new building was built in its place.  The Fire Department had "One of the finest and most completely equipped Headquarters building in any American City" according to Chief Lind, in 1930.  The new building had five bays for rigs and a sixth bay that housed the shop until roughly 1988.  This station has continued to be the Fire Department's Headquarters to this day. It was even recently restored, thanks to a grant, that replaced the windows and the bay doors to look the way that it did when it first went in service in 1930.  The Kansas City Kansas Fire Department has served the downtown area for 131 years."
- Provided by Historical Society of the Kansas City Kansas Fire Department 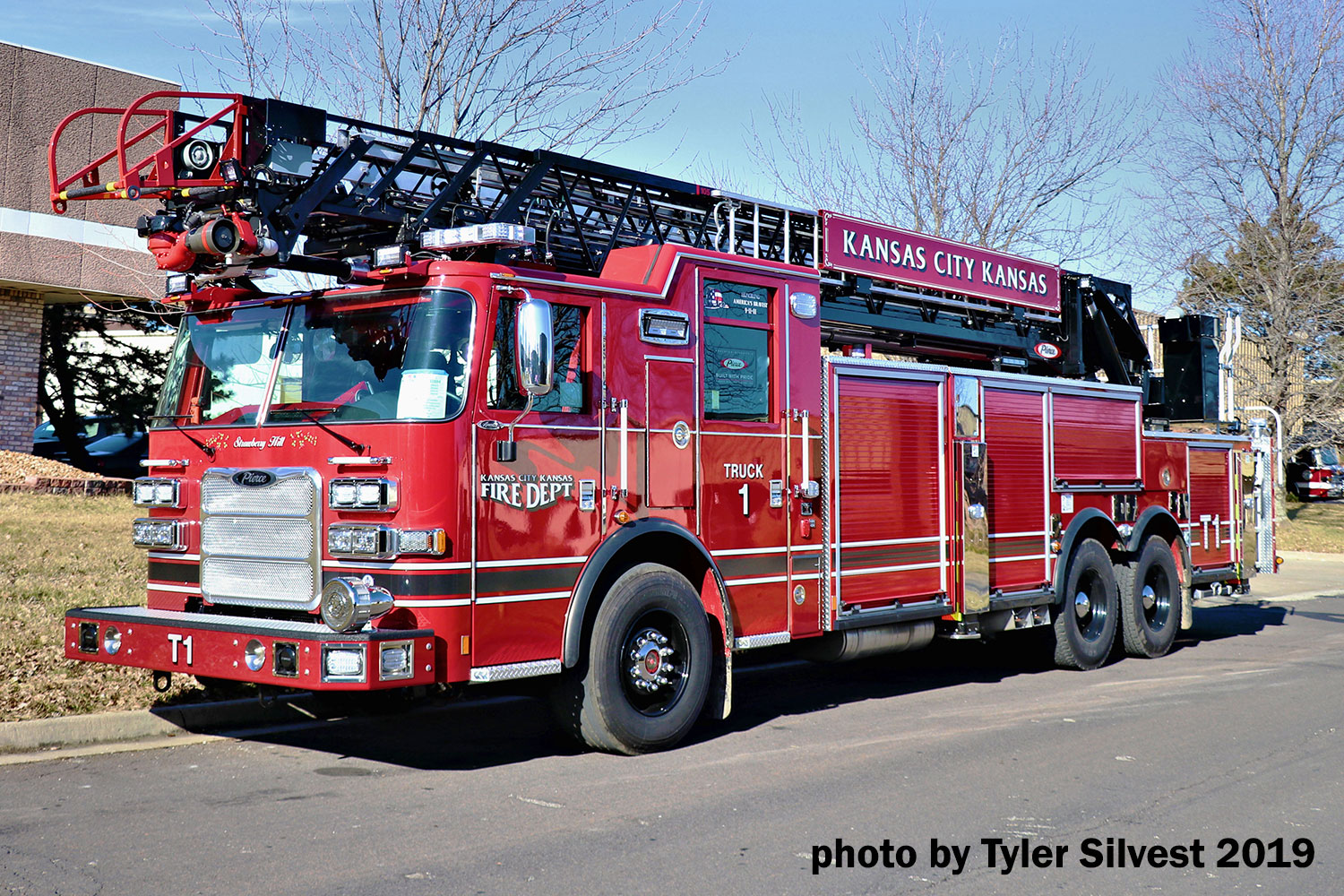 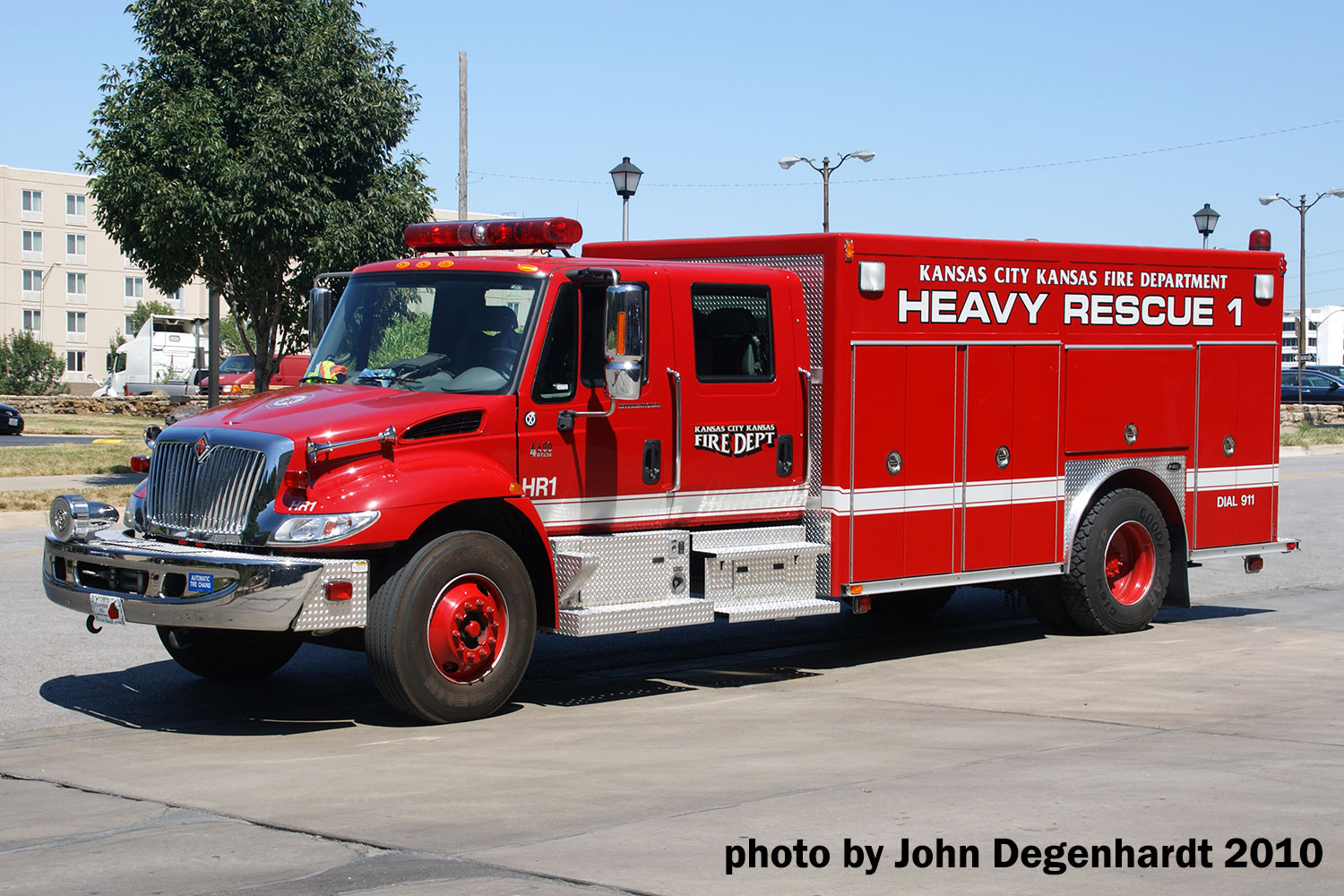 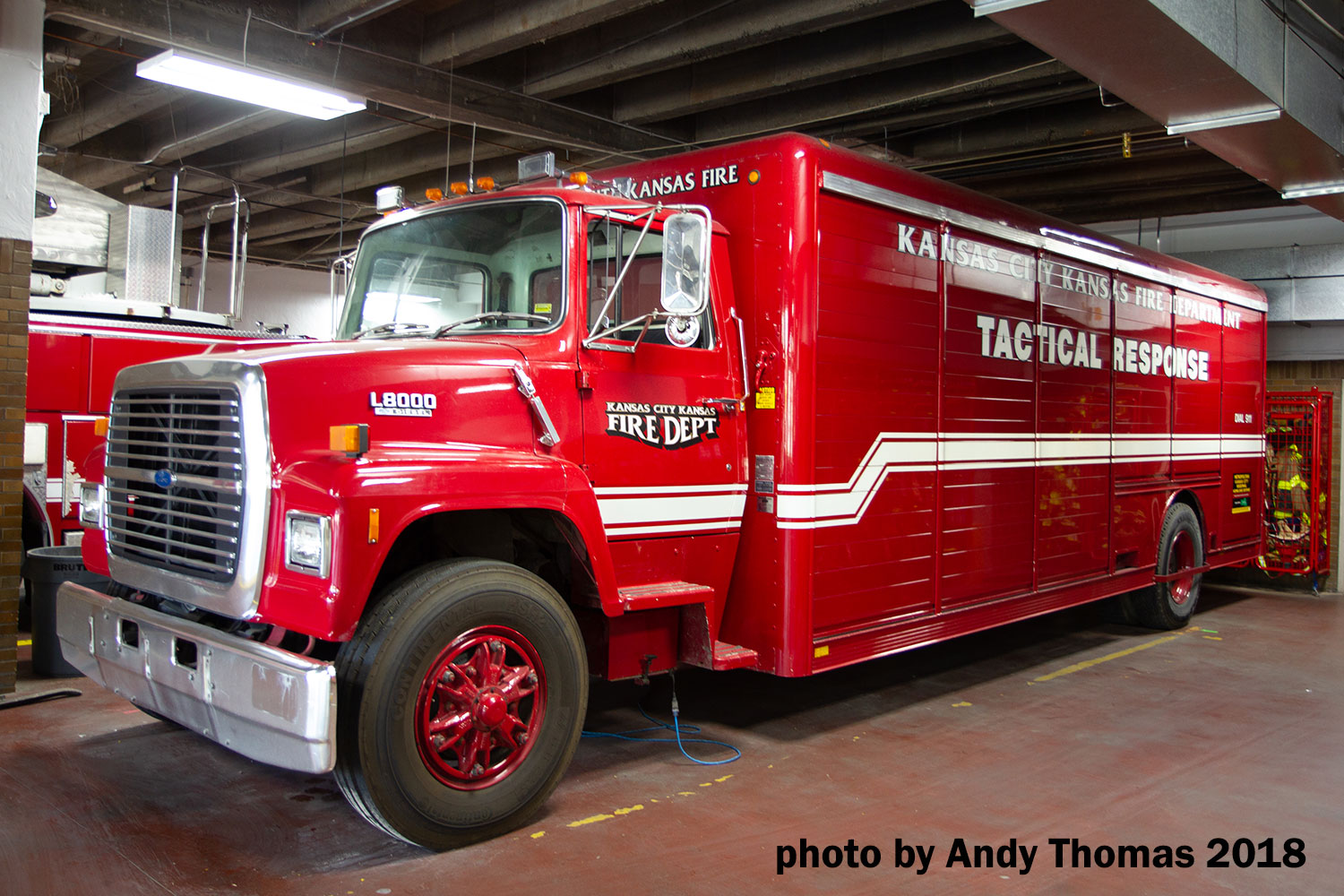 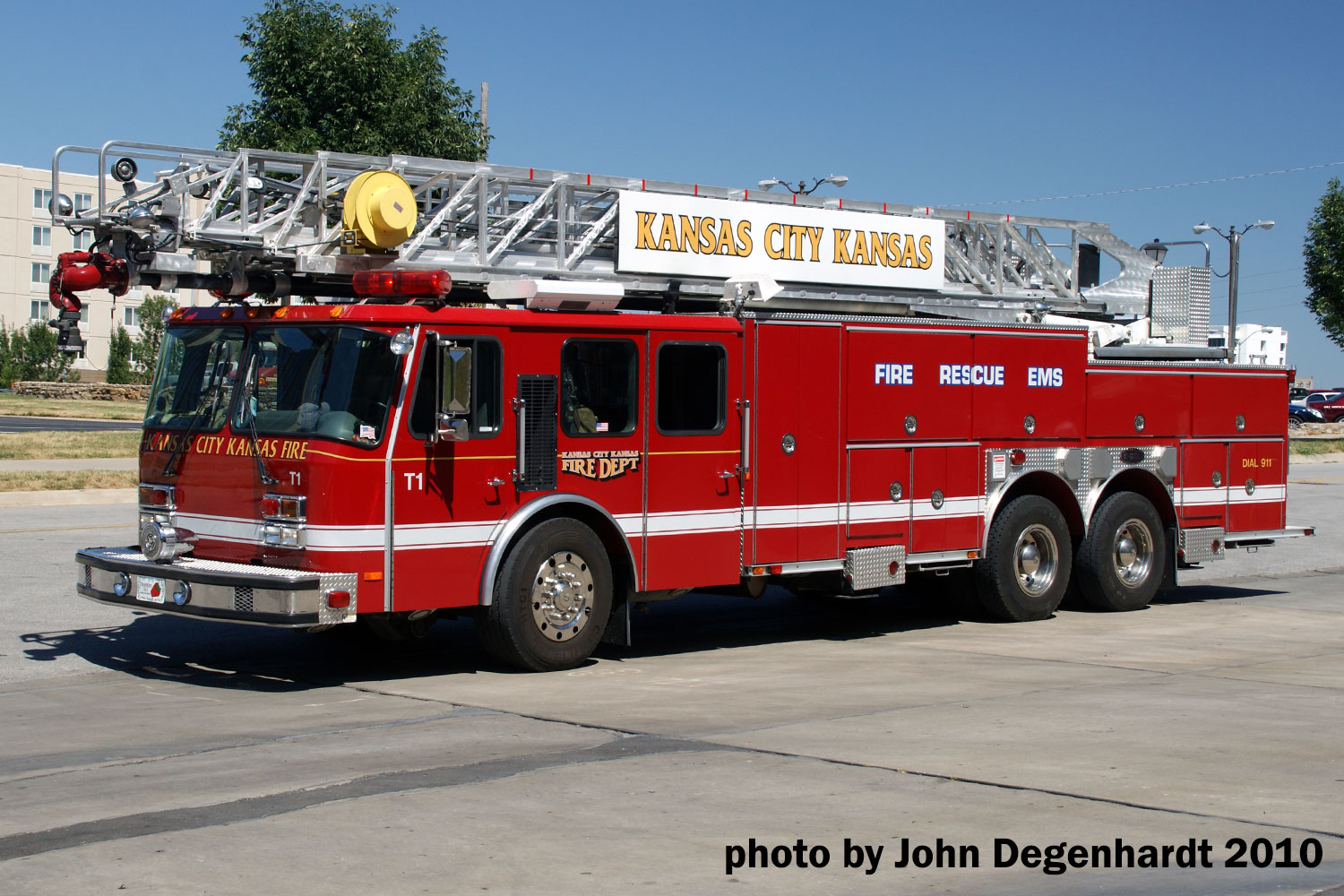