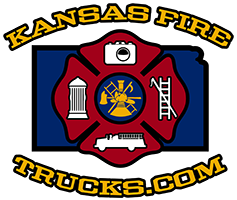 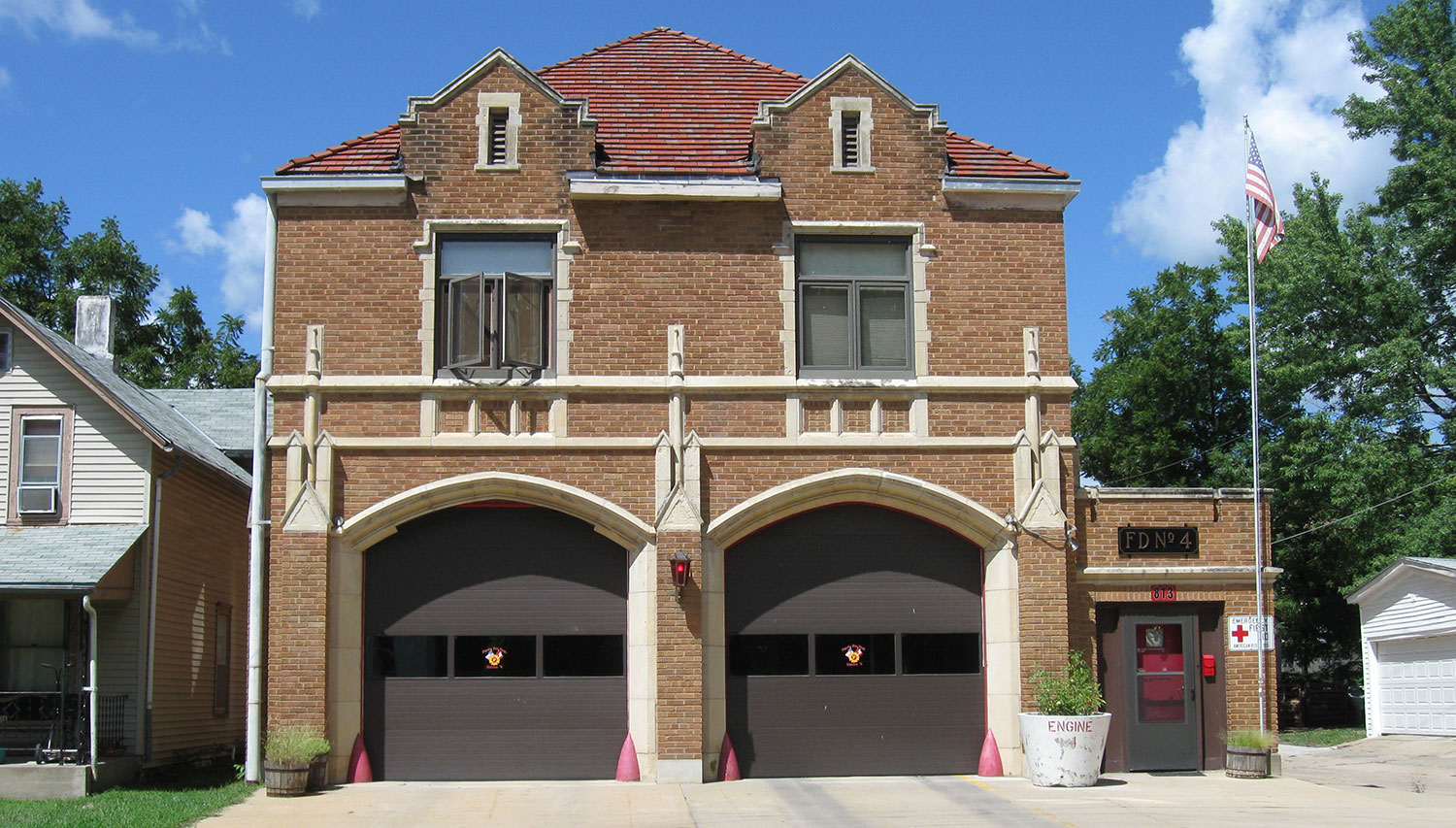 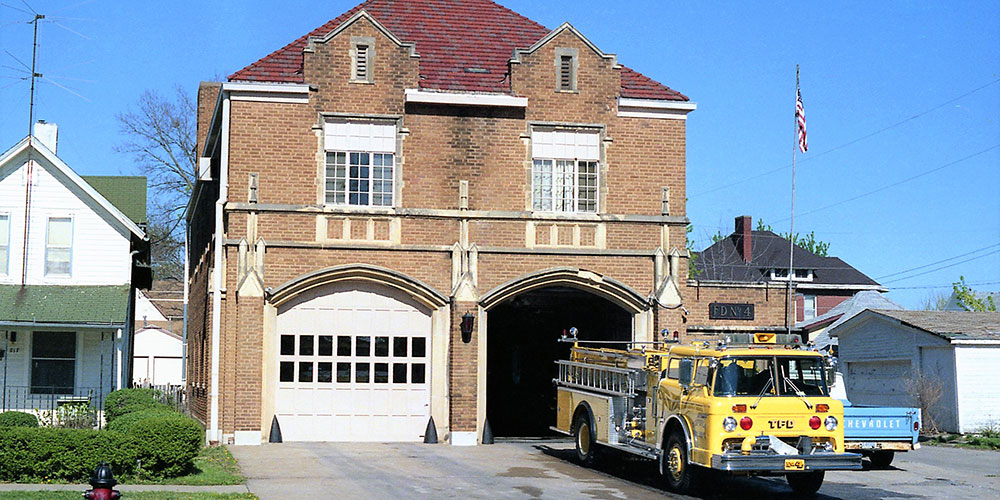 "The City of Topeka was notified by the US National Parks Service on Friday, October 4, 2019, that the City’s nomination of Fire Station No. 4, located at 813 SW Clay St. in the City’s Old Town Neighborhood to the National Register of Historic Places had been officially approved. Fire Station No. 4 was constructed in 1927, and was formally opened on Monday, November 12th of that year.

This building replaced an earlier fire station located on the same property that dated to 1892. This new fire station was the product of a public bond, authorized by Topeka’s voters in 1926, specifically for the improvement of the City’s firefighting capabilities, and the construction of new fire stations to accommodate the expansion and development of Topeka’s western suburbs.

Fire Station No. 4 was designed as a municipal building to stand out from the surrounding mix of residential and commercial uses. Located only one block to the west was the former location of the Governor’s mansion and residence.It was constructed during a national period of transition in the design and construction of fire houses, a transition both in terms of building materials, and also in the types and technologies of equipment and personnel they were intended to house. The 1st quarter of the 20th Century saw the transition away from the horse and pump-wagon toward the adoption of the newer technology of the internal combustion engine fire truck.

This development meant that the inclusion of a stable to house a team of horses was no longer necessary. The transition away from the horse and wagon furthermore meant that architects could use a much more reliable array of building materials for fire house construction, such as concrete, tile, and brick. These new building materials then lead to significantly cleaner fire stations, especially within the living quarters of full-time fire fighters.

Also coincident with this period was the elevation of the public’s perception of the fire fighter from a neighborhood volunteer to a full-time public hero. This rise in public status meant that additional resources were afforded to the design and construction of new fire houses, resulting in significantly cleaner and more comfortable accommodations for the fire fighters.Frank C. Squires, the architect for Fire Station No. 4, designed the station with a blend of the architectural styles of Collegiate Gothic, and remains largely intact, retaining all of its architectural features dating to its original construction.
The City of Topeka is also submitting National Register Nominations for 3 additional early 20th Century fire stations, those being Fire Station No. 6 in the Oakland Neighborhood, Fire Station No. 7 near the City’s Westboro Neighborhood, and Fire Station No. 1 in the City’s Historic North Topeka East Neighborhood." - Topeka.org Website 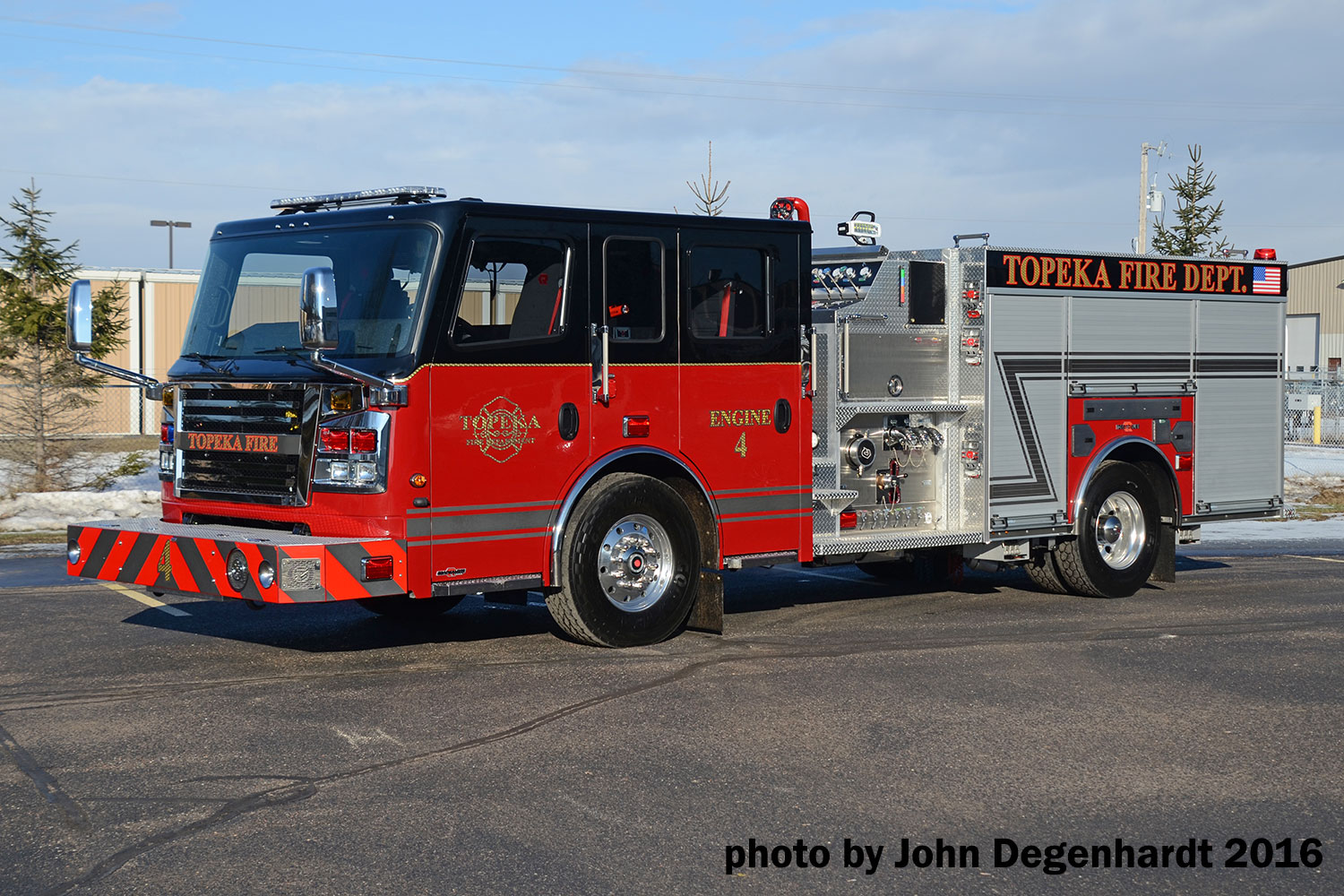 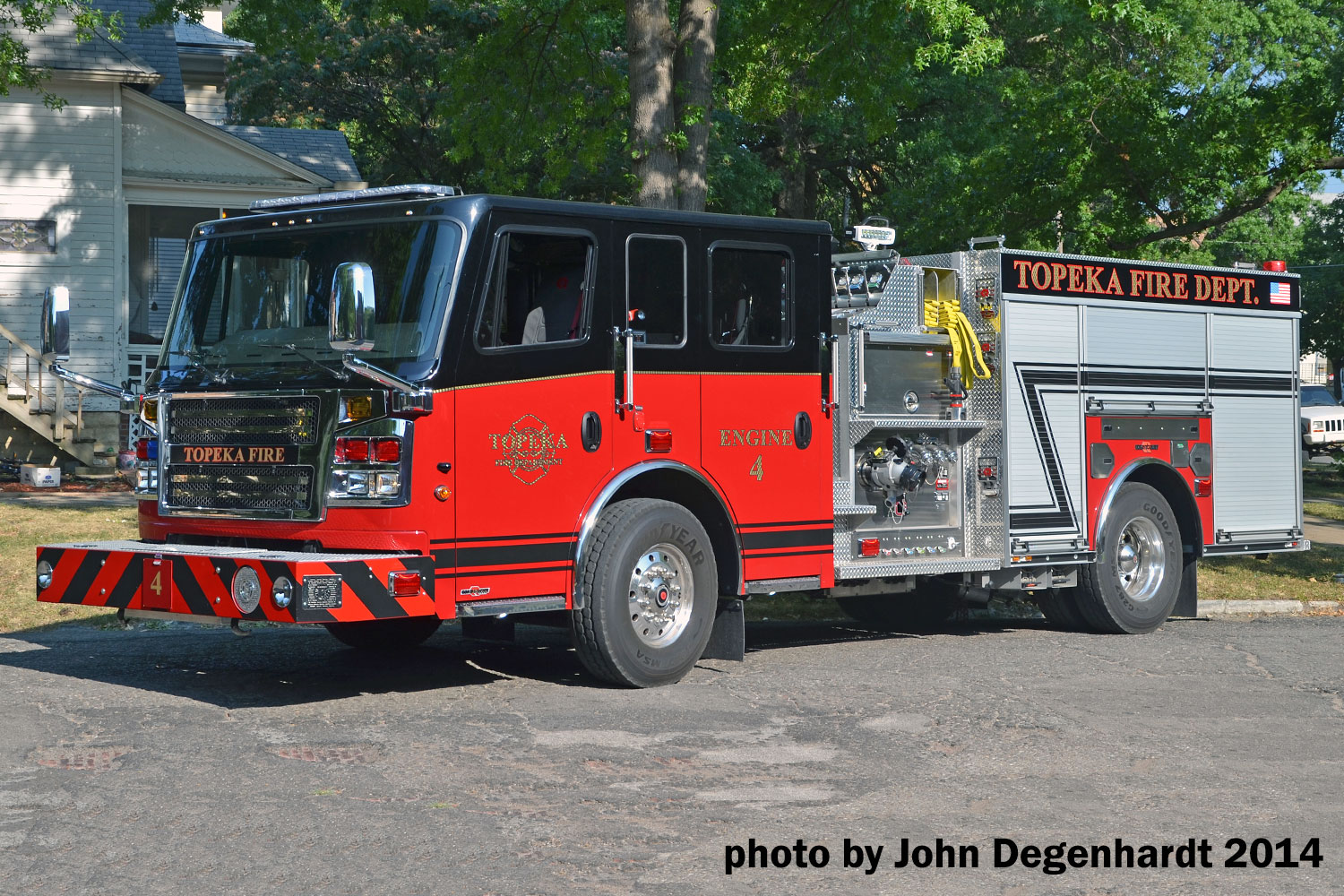 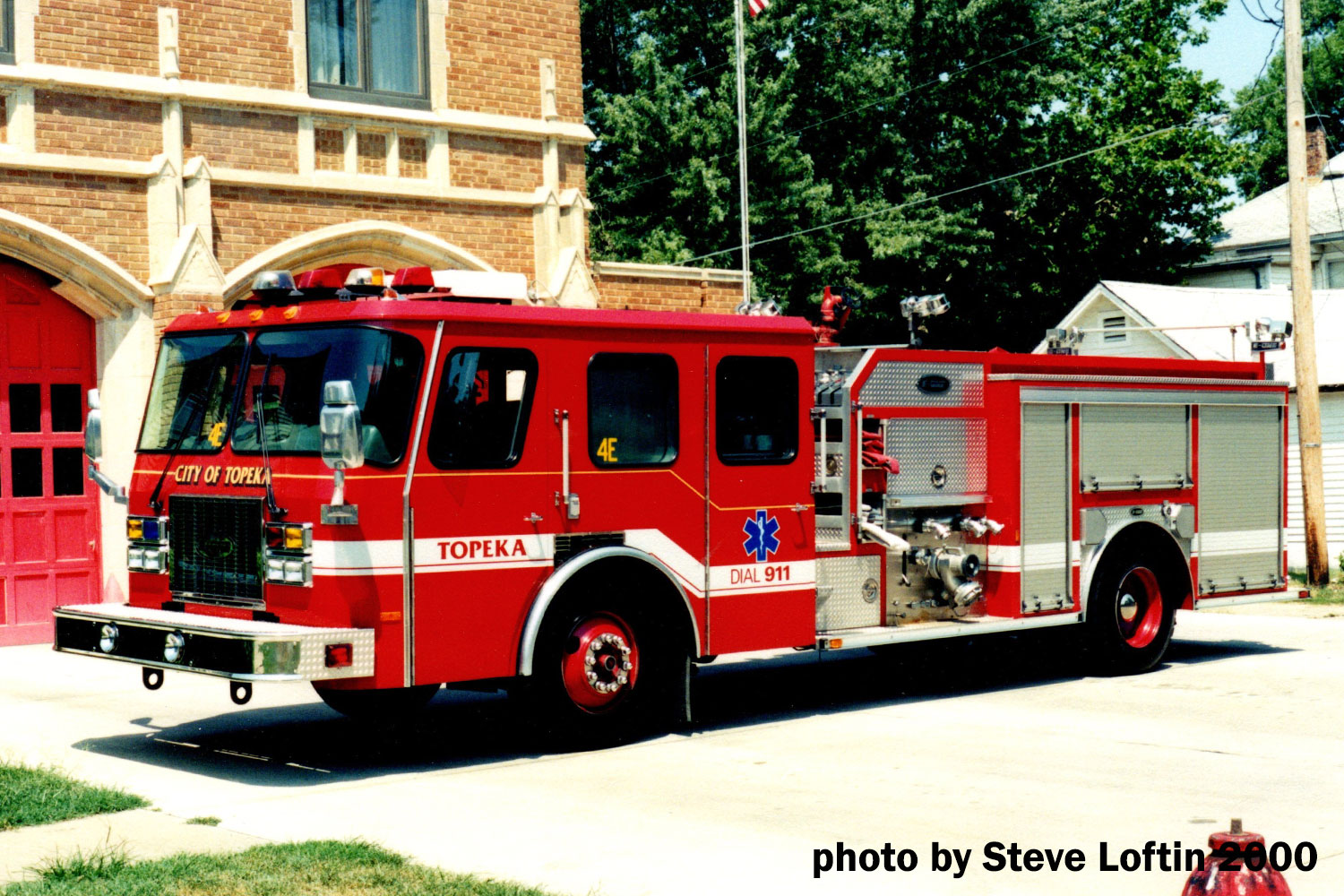 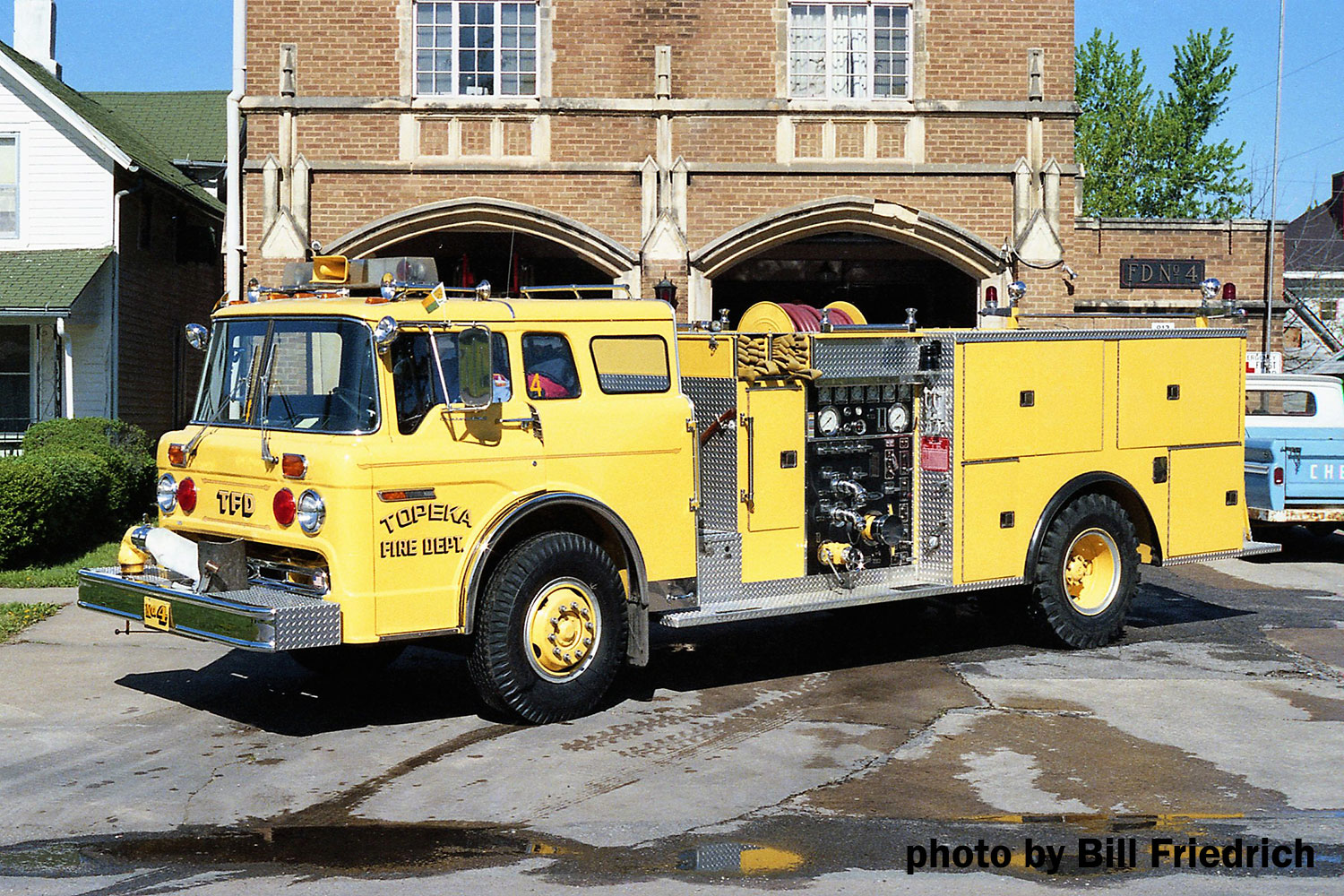 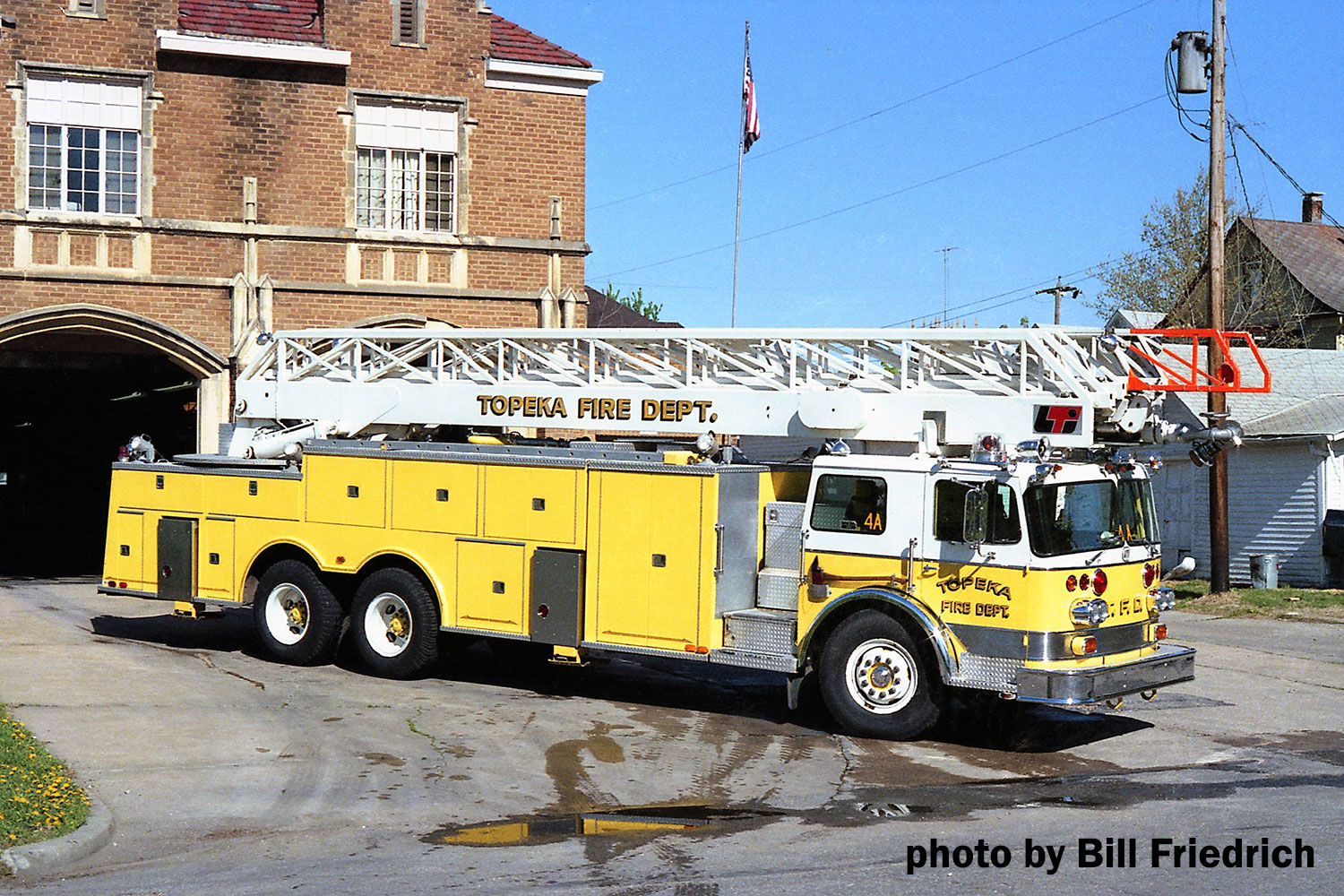